So that’s him, I thought to myself. The brains behind the idea for ProGlove: Paul Günther.

I had heard quite a bit about him before I first got to meet him. That day, we went through an interview request for him to discuss his answers. We sat on self-made furniture in our kitchen area. He had built it to be precise. Because Paul Günther is the kind of guy who can build anything.

He was wearing a Motörhead T-shirt, and I couldn’t help but think of a Motörhead concert more than 25 years ago. It was unbelievably loud, quite aggressive and yet incredibly rousing as I recall it. Yet this description did not seem to be a fit for Paul Günther. In fact, he came across quite differently: He was courteous, listened carefully, thought before he spoke and had a rather discreet sense of humor.

Conceived during a guided tour at BMW

In fact, he’s a real geek with long hair, horn-rimmed glasses and quite skinny. He conceived the idea to mount a barcode scanner on a glove more than five years ago. At the time, Paul Günther was working on his doctorate at BMW and the automaker allowed him to earn a little extra money by giving tours through its plant.

It’s his eye for what really matters that sets him apart. During his tours of the BMW central plant, Paul Günther observed that almost all employees wear work gloves and have to scan constantly. That takes time because they reach for a scanner, scan, look at a screen and finally drop off the scanner.

He knew quite well how much the automotive industry capitalizes efficiency. So, Paul Günther immediately recognized the potential of a glove scanner that could eliminate these “gripping times”. If it were possible to save just one second per scan, this seemingly negligible micro-efficiency would scale big time. Why? An automaker builds about 1,000 cars a day per plant and scans about 1,000 times per car. Therefore, every second saved means 1 million seconds saved per day and plant. However, his idea helps BMW’ save up to 4 seconds per scan.

Sleeping in a camper to be close

However, Paul Günther is more than just a sober data analyst. He has relentlessly dedicated himself to the idea and approach of ProGlove. In the first few years after founding the company, he decided to do without his own apartment. Instead, he chose to sleep in a camper he parked near the ProGlove headquarters. He always wanted to be on site. Right in the center where it all happens, so to speak. It is probably this focus that makes the ProGlove scanners what they are today: a milestone for barcode scanning.

The meeting with Paul Günther was an eye opener to me. He inspires in his own way. He doesn’t necessarily say those visionary phrases you would remember right away. But what he does creates a new perspective. It’s his focus for the essentials that impresses you. It’s his clarity that sets him apart. Almost inevitably, you think: Why didn’t I myself come up with what he is saying much earlier. He does it almost as a matter of course. No stuck-up attitudes, quite naturally and without a hint of arrogance.

Now Paul Günther is going back to his roots. He is touring Europe with the MARK On Wheels truck, visiting customers and partners. He has the ProGlove product portfolio with him to demonstrate, explain and listen. Just what he does best. An encounter is definitely worthwhile! 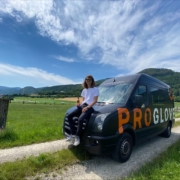 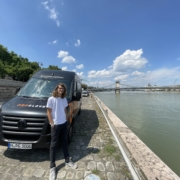 Why The Automotive Industry Made ProGlove Mission Critical

How E-Commerce Changed the Retail World
Scroll to top
Manage Cookie Consent
To provide the best experiences, we use technologies like cookies to store and/or access device information. Consenting to these technologies will allow us to process data such as browsing behavior or unique IDs on this site. Not consenting or withdrawing consent, may adversely affect certain features and functions.
Manage options Manage services Manage vendors Read more about these purposes
View preferences
{title} {title} {title}
Request demo